No more filling out repetitive forms in Nyxt!

The bureaucracies of the web

We all know the feeling of filling forms. Sometimes, you just want to send an email to some company or buy something, but, first, there is a form to be filled.

Bureaucracy is like fishing in places known to be without fish. – James Parkinson.

Filling one form is a boring task but someone needs to bite the bullet. An unacceptably uncomfortable situation arises when you need to re-fill the same form multiple times or re-introduce exactly the same data into a different form. In order to prevent that suffering, Nyxt now has two new commands: save-input-data and set-input-data-from-saved.

First, you fill a form for a single time. Before pressing the button to submit the data, you execute the command save-input-data. This creates a .lisp file just like the ones from bookmarks or annotations to record what was inserted. You'll find this file in ~/.local/share/nyxt/inputs.lisp by default. This file is supposed to be readable by computers and people :)

Now, execute reload-current-buffer to reload the web-page. As the same form appears as a blank slate, do not repeat yourself! Instead of re-typing the data, you can just execute the command set-input-from-saved and choose the appropriate option listed by the prompt-buffer.

An interesting point here is the possibility to re-use data from one web-page on another. It will work as long as the web page from the original source of data has the same computational structure as the recipient web-page.

Thus, it is possible to save data from Atlas's web-page and then re-insert this data on Nyxt's web-page. Check-out the gif below showcasing the feature in action: 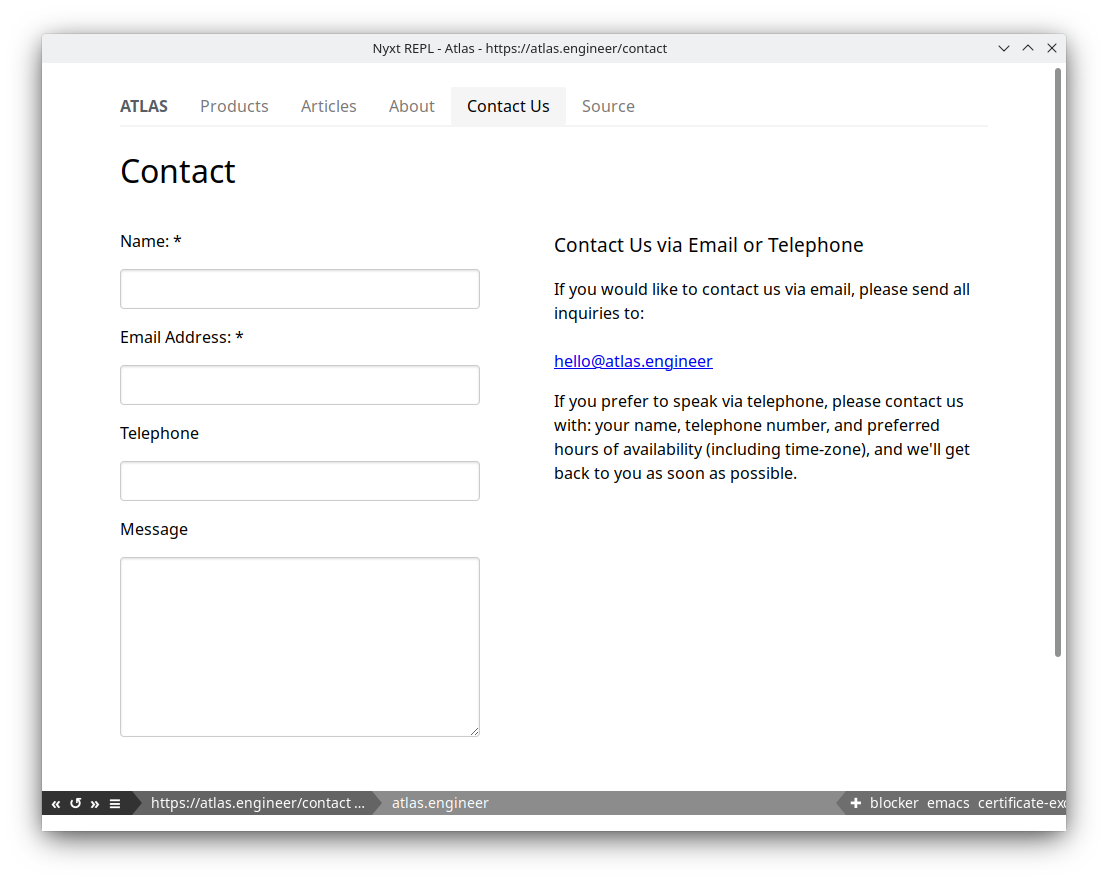 Finally, as you know, Nyxt already had command variations designed to use the domain being used in the current buffer (tab). The main example is the frequently used switch-buffer. If the user has multiple buffers (tabs) and wants to switch only to options under the same domain, they can execute switch-buffer-domain. It will work exactly as a subset of switch-buffer, filtering the options listed in the prompt-buffer.

P.S.: In case you did not get it, there is an Easter egg in the article. Since posting my phone number would be irresponsible, I used a reference to the popular song called Jenny which was written by Alex Call and Jim Keller. The music was a big hit and as a consequence the number mentioned during it is one of the most well-known telephone numbers ever. The song was released in 1981, by that time, people actually knew by heart telephone numbers.